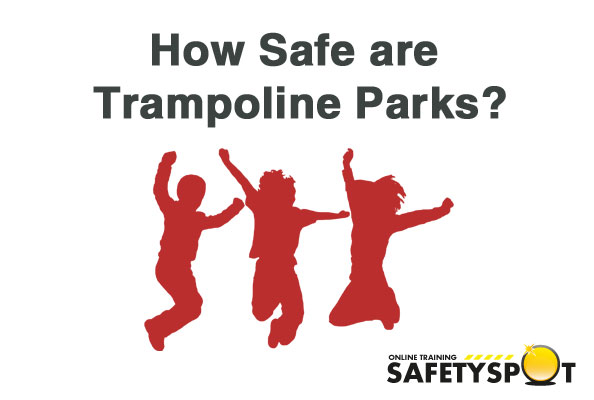 Growing Concern on the Safety of Trampoline Parks

Such injuries have actually gotten little spotlight in Canada up until a recently-publicized civil claim in Alberta as well as the fatality of a 46-year-old at Richmond's Extreme Air Park, a trampoline center.

“There’s an inherent risk to trampolining and, in general, the public is unaware of this,” said Austin.

However in Canada, as even more trampoline centers are available to the general public, enforceable safety and security guidelines stay non-existent.

“Some of the injuries are minor. Some of them are more serious, including neck injuries, dislocation of shoulders and ankles. We’ve definitely seen many compound fractures from trampoline facilities,” stated Austin, keeping in mind one of the most important injuries - such as the one experienced by Victoria service provider Jay Greenwood at Extreme Air Park.

Greenwood's unfortunate fatality, arising from a damaged neck as well as heart attack, has actually triggered significant inquiries from previous staff members as well as consumers of Extreme Air Park, along with require federal government and/or industry laws.

In accordance with a number of eyewitness accounts of Greenwood's fatality, currently under an authorities examination, no park workers had the ability to evaluate his injuries as he laid in the foam pit.

Consumer Charlie Bouzakis informed the Richmond News it was he that entered very first to examine Greenwood's problem, following exactly what cops referred to as an acrobatic feat in the foam pit gone awry.

“Was there proper protocol in place prior and enough qualified staff on duty to execute the action that needed to be done in this case?”asked Bouzakis.

While Extreme Air Park does not want to comment on the Information, the case motivated worries from a variety of previous staff members as well as clients, consisting of Michelle Cooper, that operated at the park when it opened up in 2013.

“When we had people come in, we had them sign the waivers, took them to a gate and put socks on. I’d give them a big spiel. There were rules we had to go through. There were 20-25. I thought it covered everything at the time. But that we (staff) didn’t have first aid; that really bothered me,” claimed Cooper, 25.

She claimed she offered to obtain emergency treatment training after being employed however administration really did not subsequent.

“I think everybody should at least have [standard] first-aid and someone should be there with [advanced] first aid, so they can stabilize someone’s neck if they fall,” claimed Cooper, that defined the team as young and also uninformed of the threats to clients.

A paramedic, informed the Information that he came to the trampoline park and found a girl with an un-stabilized arm resting on a bench, by herself, awaiting for rescue to show up.

" I was angry," claimed . “When I was there they didn’t have a roll of medical tape on hand.”

“I said, ‘where is the first aid kit? You guys aren’t doing anything. Let me treat her,’” stated the paramedic , that likewise assumes innovative, emergency situation first-aid training is required at such centers.

Nonetheless, various other recreation that lug dangers to safety and security do have policies. As an example, the B.C. Standards for Swimming pool Procedures determines that public swimming pools could not run without at the very least one lifeguard at work. These lifeguards hold first-aid qualification to deal with pool-specific injuries.

Vancouver Coastal Wellness Medical Health And Wellness Police Officer Dr. Emily Newhouse stated the initial step to laws is recognizing the trouble. In B.C. there is no detailed trampoline-injury information to report, claimed Newhouse-- although VCH is dealing with this.

“What we would like to learn more about is the full scope of the injuries. After we saw national data, not all of it is recent. But we heard from our ERs that we’ve been seeing an increase in injuries from these facilities. We also heard from colleagues across the province,” claimed Newhouse.

As reported in the United States journal Pediatric medicine: "Approximated Unite States emergency situation division sees for TPI (trampoline park injuries) raised substantially, from 581 in 2010 to 6,932 in 2014, whereas HTI (residence trampoline injuries) did not raise."

In 2013, the Canadian Pediatric Culture mentioned, “There has been an alarming increase in the rate of hospital admissions in Canada resulting from trampoline-related injuries,” mainly from yard trampolines.

“For myself, the risks of going to a trampoline facility are high, so I would not recommend that children use those facilities. Any time you’re doing an activity that carries risk . . . there should be skilled first-aid practitioners on site,” stated Newhouse.

In 2014, VCH started a public safety and security project to elevate recognition of the injury dangers.

Evidence-based safety and security ideas consisted of: just one individual each time; carefully monitored youngsters; no getting on or off a trampoline; safeguard; restricting turns as well as jumps.

However the "Air on the side of caution" project was just guided towards yard trampolines.

Facilities such as Extreme Air Park, with a long board of regulations and also necessary "safety socks" might offer an incorrect complacency, claimed Cooper, thinking about how there's no obvious first-aid training as well as restricted guidance at times.

“You have trampoline basketball; people are flying all over the place,”she included.

The Canadian Pediatric Culture and also Health and wellness Canada oppose using trampolines by any individual under age 7.

“Trampolines are very risky for children and should be avoided for anyone less than seven years of age,” insisted Austin.

Extreme Air Park just recommends that “jumpers under 7 must not be left unattended on courts.”

Simply last month, the firm cleared up a case for $3,000 as well as accepted  “conduct a review of their practices and procedures relating to children under the age of five.”

There are efforts in the United States to resolve such voids in messaging in between health and wellness authorities and also trampoline park operators.

The industry-led, U.S-based International Association of Trampoline Parks (IATP) mentions it “believes that legislative initiatives and lobbying efforts are necessary to ensure the long term success of the indoor trampoline park industry.”

“Our efforts are directed at advocating for all parks to be safe by promoting industry supported responsible legislation that creates standards and regulations that protect both park owners and patrons alike,” declares IATP.

Nonetheless, IATP does not declare to be a governing body that produces safety and security criteria per se.

For example, IATP makes no reference of emergency treatment needs for its participants.

Extreme Air Park is not a participant of IATP, although an additional Richmond center - Apex Adventure Plex Richmond — is.

While IATP insurance claims to concentrate on just supporting for creating guidelines in neighborhood territories, it does promote honestly for equipment requirements based upon ASTM International.

It suggests particular criteria for foam pits, such as leaping elevation as well as “how to construct a pit to avoid contact with the floor.”

In the last 2 weeks, 4 B.C. trampoline parks have actually signed up with IATP, which has actually provided to deal with B.C. wellness authorities in composing guidelines.

In accordance with Gymnastics Canada, nationally-trained gymnasts are worried concerning the uncontrolled sector.

“The safety of participants in all gymnastics-related facilities is of the utmost concern for Gymnastics BC and Gymnastics Canada,” claimed Gymnastics BC Chief Executive Officer Brian Forrester.

Nevertheless, his organization's fitness centers are not connected with trampoline centers and also Gymnastics BC health clubs adhere to strenuous, nationwide, industry-led security requirements, consisting of spine as well as first-aid accredited guidance.

“We encourage anyone who wishes to participate in gymnastics-related activities to seek out Gymnastics BC full member clubs,” claimed Forrester.